Through the help of the self-attention mechanism embedded in the Bidirectional Encoder Representation from Transformers (BERT), a Transformer-based network architecture which was originally developed for Natural Language Processing (NLP) tasks, we capture and store the local and global features of seismic data in the pre-training stage, then utilize them in various seismic processing tasks in the fine-tuning stage. 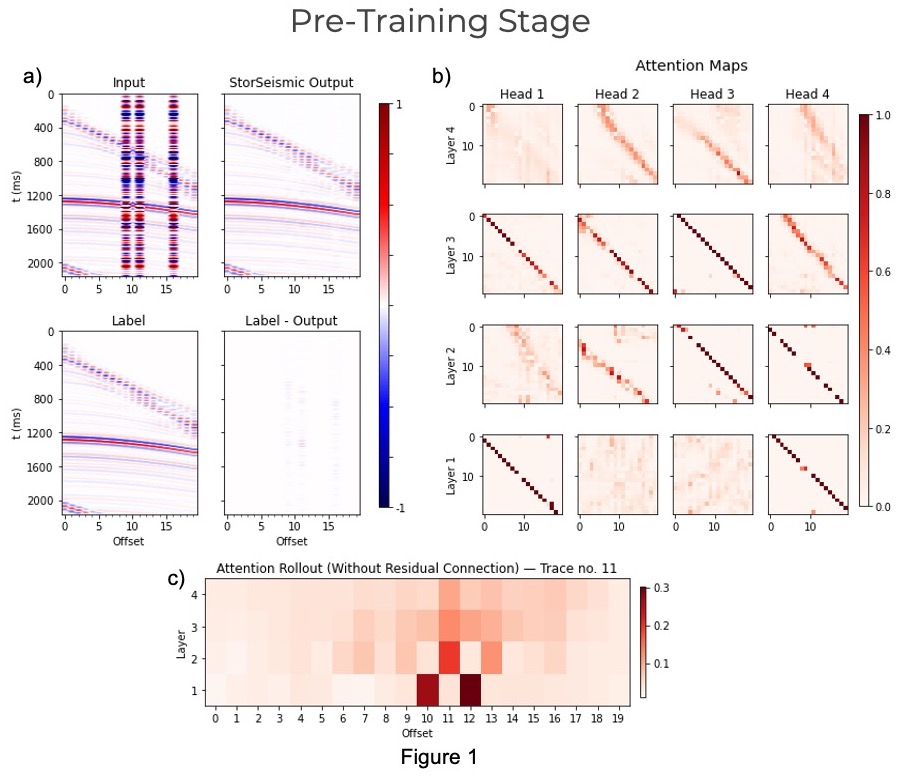 Figure 1. a) Example reconstruction of masked seismic shot gathers from the testing set. b) Attention maps that corresponds to Figure 1a. c) Attention Rollout for trace no. 11 calculated from the attention maps in Figure 1b. 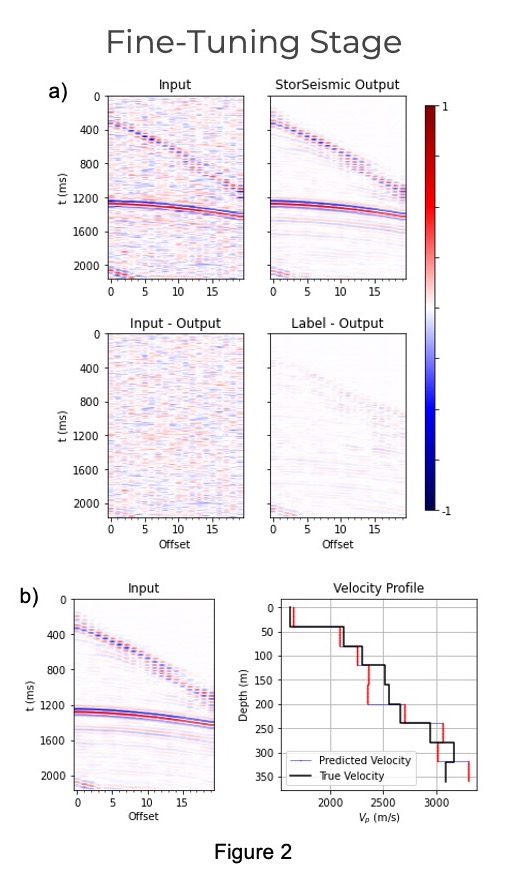